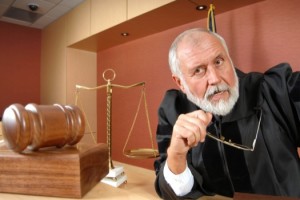 Changes to Retaliation in Employment Claims

Retaliation in employment claims came into sharp focus with the Supreme Court’s June 24, 2013, ruling. For the first time, the Supreme Court established the necessary causation standard required for an employee to bring a retaliation claim against an employer under Title VII of the Civil Rights Act of 1964. Under the Court’s new ruling, a Plaintiff needs to establish but-for causation. In other words, if an employee brings a claim for retaliation in violation of the Civil Rights Act, said employee must now establish that retaliation was the sole motivation for the employer’s adverse decision. If retaliation is only one of several motivating factors for the employer, then retaliation claims under the Federal law will not succeed.

On April 24, 2013, the United States Supreme Court heard arguments in the matter of University of Texas Southwestern Medical Center v. Nassar. Dr. Naiel Nassar, who is Muslim and of Middle Eastern descent, was hired by the University of Texas Southwestern Medical Center (UTSW), and worked in the affiliated Parkland Hospital. In 2004, UTSW hired a new supervising physician who allegedly began criticizing Dr. Nassar, questioning his billing and work habits, and made at least two racially motivated comments. In order to deal with his working environment, Dr. Nassar chose to resign from the UTSW staff and exclusively become a Parkland Hospital employee. This step would transfer Dr. Nassar from under the authority of his UTSW supervisor. Parkland Hospital offered Dr. Nassar a permanent position on June 3, 2006, and Dr. Nassar formally resigned from the UTSW staff. In his resignation letter, Dr. Nassar cited his former supervisor’s harassment and discrimination as the reason for his resignation. In response to this letter of resignation, UTSW exerted pressure on Parkland Hospital, who then withdrew its offer of employment.

In 2008, Dr. Nassar sued UTSW under Title VII of the Civil Rights Act of 1964. He alleged both constructive discharge (the UTSW working conditions were so unbearable that Dr. Nassar had no alternative but to resign) and retaliation (UTSW blocked Dr. Nassar’s employment because of his complaints of harassment). The jury agreed with Dr. Nassar and awarded him $436,167.66 in back pay and over $3,000,000 in compensatory damages. The Fifth Circuit Court of Appeals affirmed that there was sufficient evidence of retaliation but insufficient evidence of constructive discharge.

Question for the Court and Holding

In making its decision, the Court followed the rationale in Gross and adopted the but-for standard for retaliation claims. The Court reasoned that “Gross holds two insights that inform the analysis of this case. The first is textual and concerns the proper interpretation of the term “because” as it relates to the principles of causation underlying both §623(a) and §2000e–3(a). The second is the significance of Congress’ structural choices in both Title VII itself and the 1991 Act.”

Effect on Employers and Employees

With this ruling, the Court has created a significant barrier against employees contemplating workplace retaliation claims. The Court noted the proliferation of retaliation claims, and their resulting costs to employers and the Courts, in making its decision. This ruling was a definite step by the Court to block frivolous claims by discharged employees. In reigning in these claims, the Court noted, “[t]he proper interpretation and implementation of §2000e–3(a) and its causation standard are of central importance to the fair and responsible allocation of resources in the judicial and litigation systems, particularly since retaliation claims are being made with ever increasing frequency. Lessening the causation standard could also contribute to the filing of frivolous claims, siphoning resources from efforts by employers, agencies, and courts to combat workplace harassment.”

By solidifying the heightened standard for these claims, the immediate result will be a significant drop in the number of workplace discrimination retaliation claims in the Federal Courts.

To read the text of this ruling, follow the link below: