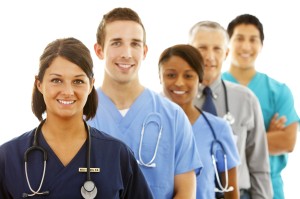 The facts were as follows: in 2012, the hospital’s governing board indicated they intended to unilaterally replace the hospital’s medical staff bylaws. The medical staff obviously objected because as, Steven Meister, M.D., the hospital’s chief of staff, put it, “the hospital’s actions undermined physicians’ ability to contribute to decision-making on issues of critical importance to physicians such as peer review, credentialing and privileging.” In response to the hospital’s plan, the medical staff, along with Meister commenced an action seeking a declaration that the “Medical Staff” as a whole has standing to sue the hospital and that the bylaws are an enforceable contract—to which the hospital must also abide by. Both the district court and the court of appeals ruled in favor of the hospital. The Minnesota Supreme Court reversed.

When two or more persons associate and act, whether for profit or not, under the common name, including associating and acting as a labor organization or employer organization, whether such common name comprises the names of such persons or not, they may sue in or be sued by such common name, and the summons may be served on an officer or a managing agent of the association. The judgment in such cases shall accrue to the joint or common benefit of and bind the joint or common property of the associates, the same as though all had been named as parties to the action. Any money judgment against a labor organization or employer organization shall be enforceable only against the organization as an entity and against its assets, and shall not be enforceable against any individual member or the member’s assets.

In holding that Section 540.151 grants an unincorporated association the right to sue, the court stated, “the Medical Staff is comprised of two or more physicians who associate and act together for the purpose of ensuring proper patient care at the hospital under the common name “Medical Staff.” Therefore…[it] satisfies the statutory criteria of section 540.151…[and] has the capacity to sue and be sued under Minnesota law.

With this ruling, Minnesota is now a part of the majority of jurisdictions that recognize that medical staff bylaws are considered contracts—which is also the position of the American Medical Association.