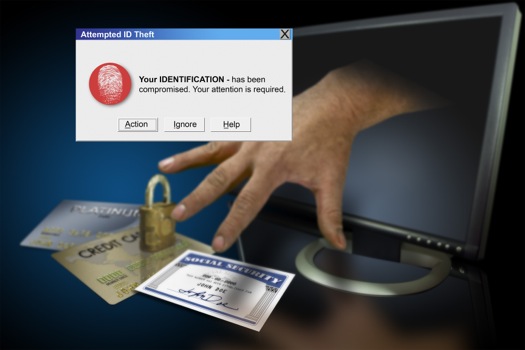 In 1999, the legislature created the crime of identity theft in section 609.527 of the Minnesota criminal code. The original act provided criminal penalties and forfeiture sanctions for persons who transferred, possessed, or used the identity of another to commit or aid in the commission of an unlawful activity. Penalties ranged from a misdemeanor to a ten-year felony and were based on the combined loss to the direct and indirect victims or the number of direct victims involved. The original legislation provided that identity theft victims were entitled to court-ordered restitution and any rights that accrued under chapter 611A. Laws 1999, ch. 244, §§ 2-3.

In 2000, the legislature adjusted the loss amounts for identity theft penalties. It also enacted new crimes to address the issue of stolen and counterfeit checks, as well as false reporting of lost or stolen checks and debit cards. Corresponding provisions were added to the forfeiture and racketeering statutes to reflect these new crimes. Laws 2000, ch. 354, §§ 2-7.

The 2003 Legislature added reporting, venue, and aggregation provisions to the identity theft law and criminalized mail theft. It also made changes to the Financial Crimes Task Force, including a repealer of the sunset provision. Laws 2003, ch. 106, § 1 (reporting), § 2 (venue), § 3 (aggregation), § 4 (mail theft).

During the 2003 special session, the identity theft penalties were changed to reflect a new 20-year felony for offenses that involved eight or more direct victims or combined losses of more than $35,000. The legislature also directed the Sentencing Guidelines Commission to add to its list of aggravating factors an offender’s use of another identity without authorization, to commit a crime. Laws 2003, 1st spec. sess., ch. 2, art. 8, §§ 9, 18.

In 2005, the crime of “phishing” (electronic use of false pretense to obtain identity) was created. The legislature also expanded the identity theft restitution provisions, providing direct victims with mandatory restitution and access to free court documents. The legislature augmented the identity theft penalty provisions, expanding the 20-year felony to include offenses related to possession or distribution of pornographic work involving minors. Finally, the legislature restructured the Financial Crimes Task Force and made it permanent. The new Minnesota Financial Crimes Oversight Council provides guidance in investigating and prosecuting identity theft crimes and is authorized to establish a victims’ assistance program. Laws 2005, ch. 136, art. 11, § 5; art.17, §§ 32-36.

2006 The 2006 Legislature addressed identity theft by amending statutes to account for increasing technological advances. It created the crimes of criminal use of encryption and facilitating access to a computer security system; it increased penalties for unauthorized computer access to personal data; and it deleted the requirement that a hacker receive “notice” of breaking into a security system to be guilty of a crime. Laws 2006, ch. 260, art. 1, §§ 30-37.

2007 In 2007, the legislature enacted laws to aid victims of criminal record identity theft. The law provides that if an innocent person’s identifying information is erroneously associated with a criminal history record, any identifying information must be redacted from the public criminal history record. Previously, the erroneous information remained on the public record with a note stating that the information was erroneously attributed to the data subject. This was problematic in instances where an employer or landlord conducted a background check on an innocent person, did not fully understand the cautionary note, and made adverse decisions based on incorrect information (e.g., denying a job or apartment based on someone else’s criminal record). Laws 2007, ch. 129, §§ 44, 46.

This and any related posts have been adopted from the Minnesota House of Representatives Research Department’s Information Brief, Identity Theft and Related Crimes, written by legislative analyst Rebecca Pirius.