The Minnesota Supreme Court recently held that the 8% limitation on late fees that landlords of residential buildings may charge under Minn. Stat. § 504B.177 (2010) is not preempted by federal law regulating public housing authorities. 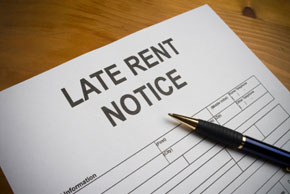 In Lee, appellant Housing and Redevelopment Authority of Duluth brought an eviction action against Brian Lee, a tenant living in public housing under the Section 8 housing assistance program, for failure to make timely rent payments. Lee challenged the eviction action, claiming that the housing authority had charged late fees that were barred by Minn. Stat. § 504B.177 (2012), which generally caps late fees at 8% of the overdue rent payment. The District Court granted summary judgment to appellant, concluding that federal law preempts the state statute. The Court of Appeals reversed the eviction and the Minnesota Supreme Court affirmed the Court of Appeal’s decision.

The specific facts of the case were as follows: Lee was a tenant in conventional public housing that was owned and operated by the HRA. The rent was $50 a month and the lease provided that a $25 late fee would be charged if the rent was late. Lee’s rent payments became delinquent when he was unable to pay a $95 repair and maintenance charge. Lee’s rent payments were then late in July, August and September 2012. For each late rent payment, the HRA charged a $25 late fee.

The HRA filed for an eviction in September 2012 for nonpayment of rent. The total amount in arrears was only $50. The District Court entered judgment for HRA stating that although the late fees exceeded 8% of Lee’s overdue rent, Minnesota statutes 8% limitation was preempted by federal law. As stated above, Lee appealed and the Court of Appeals reversed. In affirming the Court of Appeals, the Minnesota Supreme Court stated,

The relevant federal statute is 42 U.S.C. § 1437(d)(l)(2), which requires every PHA “to utilize leases which…do not contain on reasonable terms and conditions.” Notably, the statute does not mandate the inclusion of terms and conditions in a PHA’s lease; it simply forbids the inclusion of any on unreasonable terms and conditions. The relevant federal regulation is 24 C.F.R. § 966.4(b)(3) (2013), which provides that “[a]t the option of the PHA,” a lease may provide for payment of penalties for late payment.” The language of the regulation is permissive, not mandatory.

Taken together, the statute and the regulation permit a PHA to include in a lease provisions specifying a reasonable late fee for overdue rent, they do not require the inclusion of such provision. Accordingly, a PHA can easily comply both with the applicable federal laws and regulations and with Minn. Stat. § 177(a), either by specifying no late fee at all in the lease, or by specifying a late fee of 8% or less that is not unreasonable.