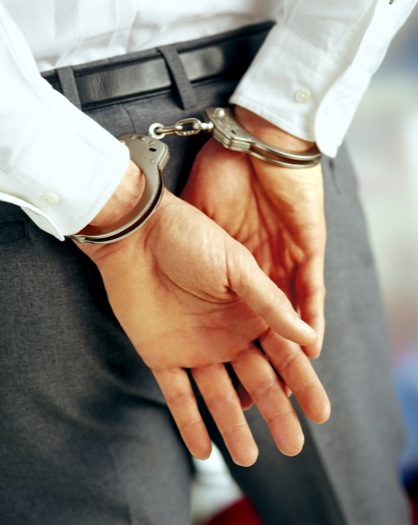 Where did RICO come from?

RICO was initially passed in 1970 with the intent to pursue the mafia. The idea behind RICO was to tie all of their crimes together in one case, which allowed the prosecution to be able to connect the incidents allowing for convictions of the bosses behind the crimes. As the mafia era began to pass, the statute started to evolve and reached into the business sector. Now it is common to see RICO claims against businesses who were committing fraudulent conduct that extended overtime. This evolution has been controversial and presents several problems. A RICO claim may be brought in a civil action and provides for an award of damages that is triple actual damages, which has made its use in civil suits extremely prevalent. Courts are currently struggling with the rising appeal that this presents and a way to properly set the limits of the Act. RICO is codified in 18 U.S.C sections 1961-1968.

What exactly is RICO?

The first element of RICO is conduct. This element is extremely straightforward and rarely litigated in court. It simply requires the defendants who participated in the enterprise to carry out the directions of the enterprise.

An ‘enterprise’ is defined in 18 U.S.C section 1961 (4) to include “any individual, partnership, corporation, association, or other legal entity, and any union or group of individuals associated in fact although not a legal entity”. The Eighth Circuit requires “an ascertainable structure distinct from the conduct of a pattern of racketeering.” Crest Constr. II, Inc., 660 F.3d at 354 (quoting United States v. Lee, 374 F.3d 637, 647 (8th Cir. 2004)). Further, “an enterprise cannot simply be the undertaking of the acts of racketeering, neither can it be the minimal association which surrounds these acts.” Id. (quoting United States v. Bledsoe, 674 F.2d 647, 664 (8th Cir.), cert. denied, 459 U.S. 1040 (1982)). An enterprise must still exist without the illegal conduct. This does not mean that simply the members must exist, but rather the enterprise itself exists and maintains structure.

The element of ‘racketeering activity’ is extremely broad. The statute includes kidnapping, gambling, arson, robbery, bribery, extortion, or a list of many other criminal statutes. The more common statutes include fraud, obstruction of law enforcement, forgery, and trafficking statutes. It is impossible to have a racketeering claim without finding the defendant guilty of another criminal violation.

What are the consequences of a RICO violation?

The statute calls for imprisonment of not more than 20 years unless one of the racketeering activities for which the claim is based carries a higher maximum penalty. A defendant found guilty must also forfeit any interest in property derived from the unlawful activity. 18 U.S.C. § 1963.

A defendant found guilty under a civil RICO action will be subject to recovery of damages at three times the amount of actual damages, including reasonable attorney fees. 18 U.S.C. § 1964.

There are several commonly cited Supreme Court decisions regarding RICO.

In Sedima, the Supreme Court of the United States held that “there is no requirement that a private action under § 1964(c) can proceed only against a defendant who has already been convicted of a predicate act or of a RICO violation. Sedima, S.P.R.L. v. Imrex Co., Inc., 473 U.S. 479 (1985).

In Northwestern Bell, the Supreme Court of the United States held that a pattern must include at least two related racketeering acts and that multiple schemes are relevant, though not the only way to show continuity. H.J. Inc. v. N.W. Bell Tel. Co., 492 U.S. 229 (1989).

In 1979, the Hells Angels Motorcycle Club’s president Barger was brought up on RICO charges before being acquitted by a jury. The prosecution had failed to show his conduct was a part of the club policy.

In 1989, Michael Milken, a wealthy businessperson was indicted on RICO charges regarding insider trading. This case never made it to trial, as Milken was afraid of life in prison and pleaded guilty to lesser offenses resulting in a mere 22 months in jail.

In 2002, Major League Baseball was charged with a civil RICO claim. The minority owners of the Montreal expos sued under the act claiming the commissioner and others had conspired to de-value the team. This case ended in arbitration siding with the MLB.

Even the Catholic Dioceses have been involved in a number of suits alleging RICO in an attempt to prosecute others in the episcopacy who may have been covering up the sex abuses.

The current appeal of RICO is the large treble damage awards. The statutes was initially intended to bring down the mafia, however, it has taken on a new role in modern business litigation. The courts are currently working on defining the limits to RICO in this context. Typically, a RICO claim will be brought alongside a list of fraud charges. If this is the case, you must ensure you plead each specific act with particularity to satisfy the elements of RICO and the corresponding fraud claims according to Fed. R. Civ. P. 9(b). This is most often where a RICO claim will be insufficient and dismissed.