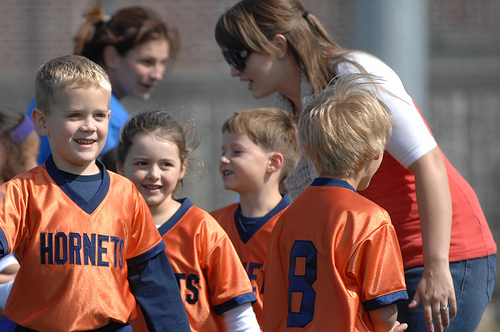 In my experience, once a court order addressing custody and parenting time is in place, it seems that it is only a matter of time before I get a phone call from a client or a potential client wondering what action he or she can take because the other parent is not complying with the order. These violations can range from occasionally failing to adhere to pick-up and drop-off times to willfully depriving the other parent of parenting time. Depending on the nature and severity of the violation(s), there may be several remedies available.

As an initial matter, it should be noted that there is a certain amount of tolerance a court will seemingly expect from each parent with respect to minor and/or unintentional violations of parenting time orders. For example, a court likely will not be very receptive to a party who clogs up the court docket to voice his or her disapproval of the other parent being five minutes late to pick up the kids. In other words, minor inconveniences that parents face are simply considered as “coming with the territory” when raising a child with another party.

However, when one parent is repeatedly in violation of the order, and especially when those repeated violations are intentional and cause the other parent to incur additional costs or suffer adverse consequences, there are certain remedies that the non-offending parent can seek. These remedies can attempt to both ensure future compliance and to compensate the non-offending parent for past losses caused by the other parent’s violations.

In situations in which one parent’s repeated failures to comply with a parenting time order rise to the level of being classified as “chronic and unreasonable,” Minnesota law provides a mechanism by which a party can bring a motion to modify the parenting time provisions of the order. Additionally, in severe cases, Minnesota law also allows the non-offending parent to request that the court restrict the other parent’s parenting time going forward. Of course, any proposed modification must be in the best interests of the child, which is always the paramount consideration.

Additionally, if a court finds that a party has wrongfully failed to comply with a parenting time order, the court may:

In cases where one parent deprives the other parent of court-ordered parenting time, the court can award compensatory parenting time to the deprived parent. In these cases, the compensatory time must be at least of the same type and duration as the parenting time the parent was originally supposed to have with the child, and it must also be at a time that is acceptable to the parent who was deprived. The court also has the discretion to award additional time to the deprived parent above and beyond the amount of time the parent was deprived. Further, unwarranted denial of, or interference with, court-ordered parenting time could also constitute contempt of court, and it may be a sufficient cause for reversal of custody in severe cases.

Aside from the potential civil consequences, a parent who wrongfully deprives the other parent of parenting time may also face possible felony criminal charges under Minnesota law.

Anyone contemplating seeking relief from the court for violations of a parenting time order should initially review the order in its entirety. In many cases, the parties are required to mediate any non-emergency issues in good faith prior to filing a motion or taking other action (note that seeking to appoint a parenting time expeditor is also a possibility, as discussed in Appointment of Parenting Time Expeditors to Resolve Parenting Time Disputes). The purpose of these “mediation clauses” is to provide a forum where the parties can discuss their grievances with a neutral third party in an effort to reach a possible resolution in cases where the parties are unable to resolve the issues between themselves. Although the parties generally are not required to reach an agreement in mediation, the process may still prove to be a valuable exercise by narrowing the issues and affording the parties the opportunity to get informal feedback on the relative strength of their case.

Considerations Prior to Going to Court

Post-decree parenting time issues can be extremely challenging for parents, especially when either or both parties still harbor some degree of animosity or ill will as a result of leftover baggage from the relationship or from a contested divorce or custody proceeding. The idiomatic expression that “calmer heads will prevail” is generally a good rule of thumb in parenting time disputes. Parents wishing to pursue a remedy for violations of a parenting time order should be mindful that it will likely help their case tremendously if they can show the court that they have “clean hands.” In other words, a court is much less likely to be receptive to a party’s argument when that party has been equally guilty of violating the order.

Understandably, it can be very difficult and frustrating (and possibly contrary to human nature) to “take the high road” in situations where the other party is being unreasonable and intentionally making your life unnecessarily difficult by violating the order. However, the less mud you provide the other party to throw back at you in the courtroom, the better your case will look to a judge. I generally tell clients that before they say something out of a knee-jerk emotional reaction during a heated conversation with the other parent, assume that the conversation is being recorded and will be played back in front of the judge (note: the same assumption should apply to text messages). Once the moment has passed and the emotions have subsided, it may be wise to consult an attorney as soon as possible to go over your rights and options.