According to the World Intellectual Property Organization, a trade secret is “any confidential business information which provides an enterprise a competitive edge…[and] can encompass manufacturing or industrial secrets in commercial secrets.”

[I]information, including a formula, pattern, compilation, program, device, method, technique, or process, that:

(i) derives independent economic value, actual or potential, from not being generally known to, and not being readily ascertainable by proper means by, other persons who can 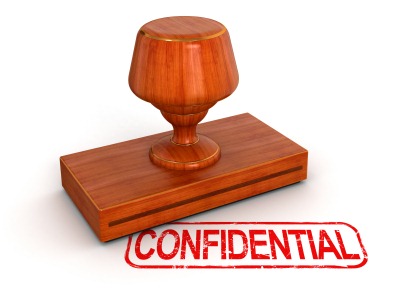 obtain economic value from its disclosure or use, and

(ii) is the subject of efforts that are reasonable under the circumstances to maintain its secrecy.

One of the most famous examples of a trade secret is Colonel Sanders handwritten recipe of eleven herbs and spices for KFC chicken. It is been reported that it was locked in a safe for seventy years, but was recently relocated to a more secure location. It is also alleged that only to KFC executives know the entirety of the recipe.

What does “Reasonable Efforts” Mean?

Sometimes the easiest way to determine what something means is determine what it does not mean. The case from the Southern District of Ohio, PatientPoint Network Solutions, LLC v. Contextmedia, Inc., No. 1:14-CV-226, 2014 WL 1152940 (S.D. Ohio 2014), is instructive on this point. The court determined that the employer failed to make reasonable efforts to protect its trade secrets based on the Ohio Uniform Trade Secrets Act, which is similar (if not identical) to Minnesota’s Uniform Trade Secrets Act. In that case, an employer gave the employee an iPad and computer to use for both work and personal use and it was not until the employee was exploring other job opportunities that the employee was made to sign a confidentiality agreement. Further, after the employee’s termination it was not until months later that the computer was requested to be returned. In finding in favor of the employee the court reasoned as follows,

[T]he record presently before the Court fails to evidence that PatientPoint’s efforts to maintain the secrecy of its information were reasonable under the circumstances. Initially, the court notes that Hayes had access to PatientPoint’s alleged proprietary information and/or trade secret throughout his employment. However, PatientPoint never sought to bind Hayes to a non-compete or non-disclosure agreement until over a year after his employment began, and then only a month before his termination.

PatientPoint evidences no specific written requests made of Hayes [to return the laptop and computer at the time he was terminated]. The record before the Court at this time also fails to demonstrate that PatientPoint requested Hayes to turn over any other purportedly proprietary and/or trade secret information.

What Does “Misappropriation” of a Trade Secret Mean?

(i) acquisition of a trade secret of another by a person who knows or has reason to know that the trade secret was acquired by improper means; or

(A) used in proper means to acquire knowledge of the trade secret; or

(B) at the time of disclosure or use, knew or had reason to know that the discloser’s or user’s knowledge of the trade secret was

(I) derived from or through a person who is utilized improper means to acquire it;

(II) acquired under circumstances giving rise to a duty to maintain its secrecy or limit its use; or

(III) derived from or through a person who owed a duty to the person seeking relief to maintain its secrecy or limit its use; or

(C) before a material change of the discloser’s or user’s position, knew or had reason to know that it was a trade secret and that knowledge of it had been acquired by accident or mistake.

What Can Be Done if an Employee Takes Confidential Information?