Defining “Good Cause” for Failing to Participate in Reemployment Assistance 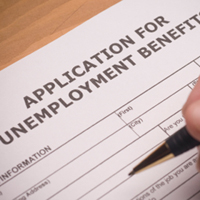 Fay’s main argument to the Court of Appeals was that he should be eligible for benefits because he was “distracted by other priorities and forgot about the meeting.” In response, DEED argued that good cause must be shown for missing a meeting as stated in Minn. Stat. § 268.085, subd. 1(7). Section 268.085, subd. 1(7) states,

(Emphasis added). Unfortunately, the statute does not define what is considered “good cause,” which is why this is a case of first impression and therefore a published Minnesota Court of Appeals decision.

First, the court found that the statute was ambiguous because what constitutes “good cause” is subject to more than one reasonable interpretation. The examples cited of what “good cause” could mean were “medical emergency, family emergency, or vehicle malfunction.” Finding that the statute was ambiguous, the court then invokes the doctrine of in pari material, which is “a tool of statutory interpretation that allows two statutes with common purposes and subject matter to be construed together to determine the meaning of ambiguous statutory language.”

Using this doctrine, the court turns to the definition of “good cause” in Minn. Stat. § 268.105 (2014), which is “a reason that would have prevented a reasonable person acting with due diligence from participating in the hearing.” The court noted that the shared purpose of the two statutes was the adequate requiring of an applicant to show good cause for missing a required hearing/meeting. The court looks to other times when “good cause” is defined in Chapter 268, however, it dismisses those definitions since the statute sections in which the definition appears do not share the “common purpose” that § 268.105 and § 268.085 share.

In sum, the court adopted the definition of “good cause” found in § 268.105 and under that definition affirmed the unemployment law judge’s ruling that Fay’s reasoning for missing the meeting did not amount to “good cause.”