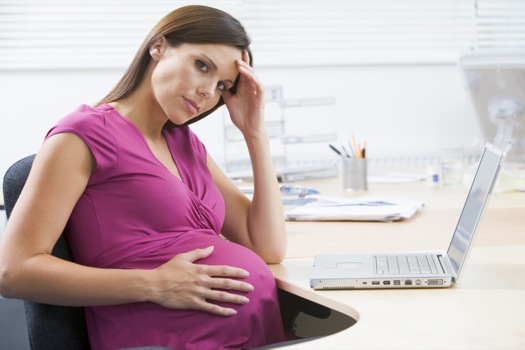 Different Accommodation for a Predecessor Not Indicative of Discrimination

In Dahl v. Regents of University of Minnesota, No. A12-1076, WL 1187996 (Minn. Ct. App. Aug. 6, 2013), the former CFO, Peg Dahl, of the University of Minnesota Press (“U Press”) took the position in February 2008. In March 2008 Dahl notified U Press that she was pregnant. About a week prior to going on a 6-week leave, Dahl requested to reduce her schedule by 50% and bring her baby to work for the 6-weeks following her leave. That request was denied. Part of Dahl’s claim was based on the fact that U Press’ former CFO, Michelle Prytz, had an 80% schedule for a little over a year following the birth of her child. The difference, however, was that Prytz had been with U Press for 13 years and had served as CFO for more than five years. After an extended maternity leave, Dahl then went on disability leave claiming she suffered from post-partum depression. Dahl never returned to work and in February 2009, Dahl’s position was eliminated due to budget cuts.

In September 2011, Dahl sued the University of Minnesota and U Press alleging pregnancy discrimination in violation of the federal Pregnancy Discrimination Act and the Minnesota Human Rights Act. U Press alleged that Dahl had failed to meet her burden linking her termination with her pregnancy or maternity leave and requested summary judgment in its favor. The district court granted U Press’ motion. Dahl appealed.

Elements of a Prima Facie Case of Pregnancy Discrimination

The Court held that Dahl failed to show a specific link between U Press’ alleged discriminatory intent and the elimination of the CFO position. The issue then became the burden shifting framework under McDonnell Douglas. Per McDonnell Douglas, an employee must first establish a prima facie case of discrimination. Once the prima facie case is made, the employer must then put forth a legitimate, nondiscriminatory reason for the adverse employment action. If that is accomplished, the employee is then again burdened with “demonstrating that the proffered reason is merely a pretext for illegal discrimination.”

In holding that only the third element of a prima facie case of pregnancy discrimination was at issue, the Court opined that: